Caution: This page is intended for Certified EyeSpace practitioners. 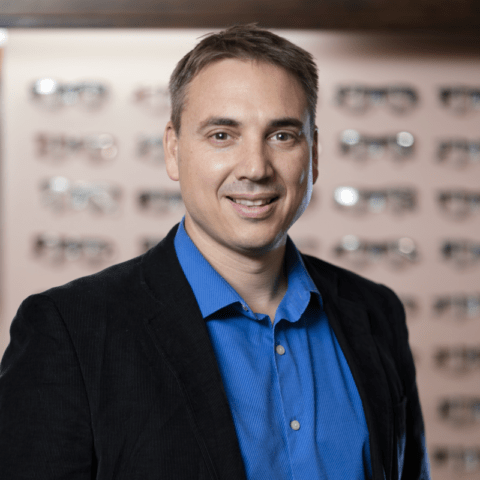 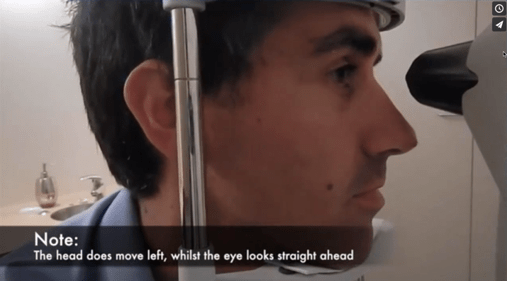 In the final instalment of our series on taking good topography maps, we will look at the importance of capturing topography maps with good corneal coverage.

Large-cone placido disc systems, like the Oculus Keratograph, use a longer working distance and project fewer rings onto the cornea than small-cone topographers. They are prone to data loss due to varying nasal bridge anatomy and eyelash shadows.

In the example below, shadows from the eyelashes obscure the superior placido disc rings. The axial/sagittal curvature map on the right, however, does not reflect the loss of captured data. The reason is the Oculus Keratograph software uses extrapolated data to 'fill in' the missing pieces of information and warn you to the fact by superimposing small black dots over the extrapolated area. 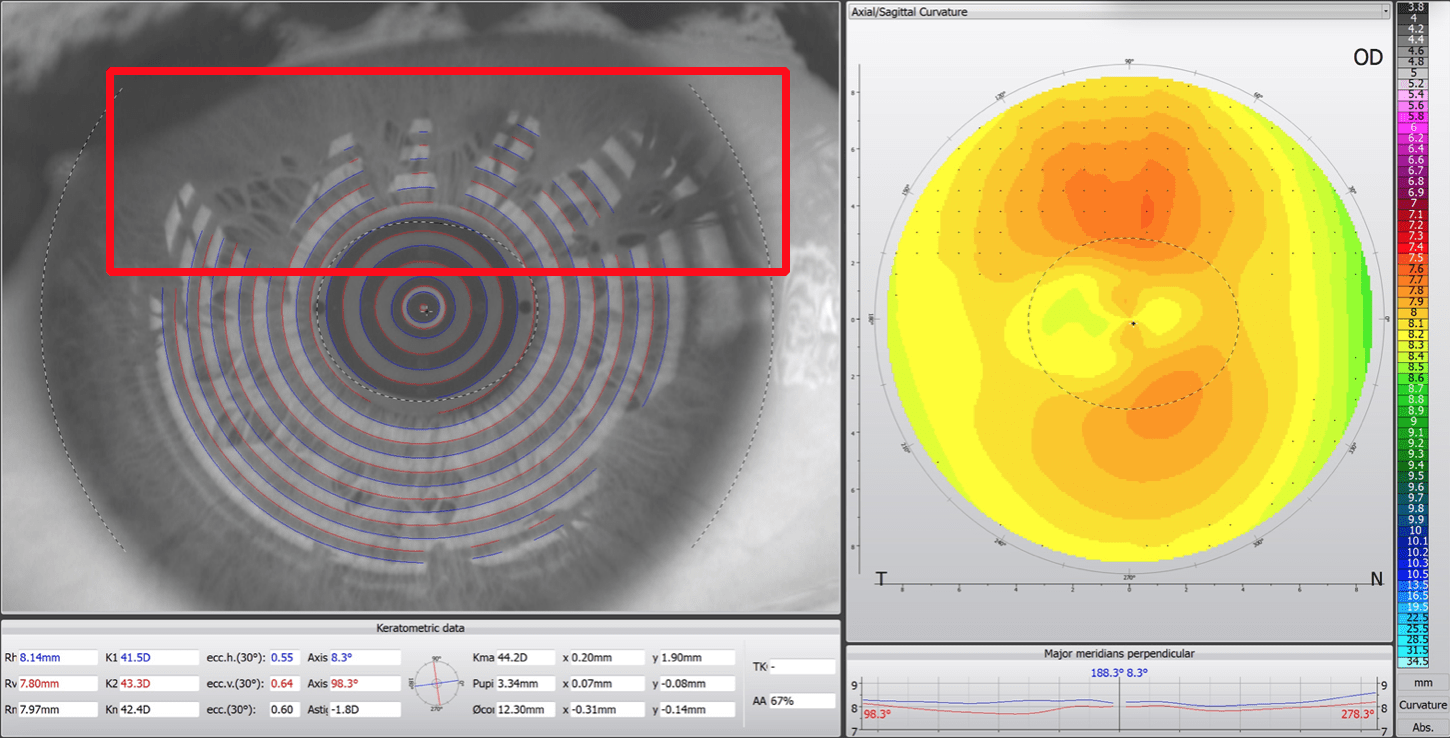 To obtain a more realistic representation of the data captured it is better to deactivate the extrapolation function. To change the colour map display go to the Setting>Miscellaneous Settings drop-down menu and in the Settings window change the Color Map Appearance: from Black Dots to White Area. 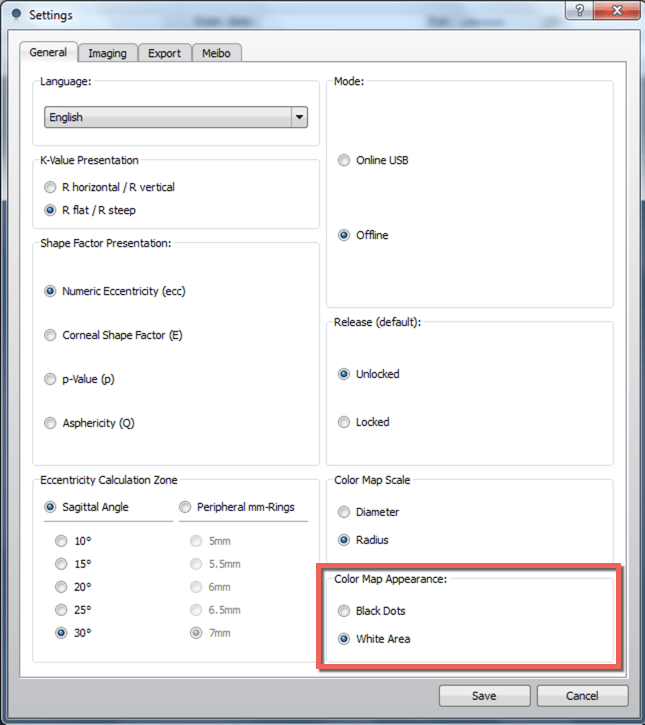 In the image below the Oculus Keratograph is in White Area mode and presents the topographical map without the extrapolation data. With this setting, it is much easier to see what data is missing. In cases like this, a cotton bud or lid retractor can be used to move the eyelids out of the way to allow complete capture of the superior area. 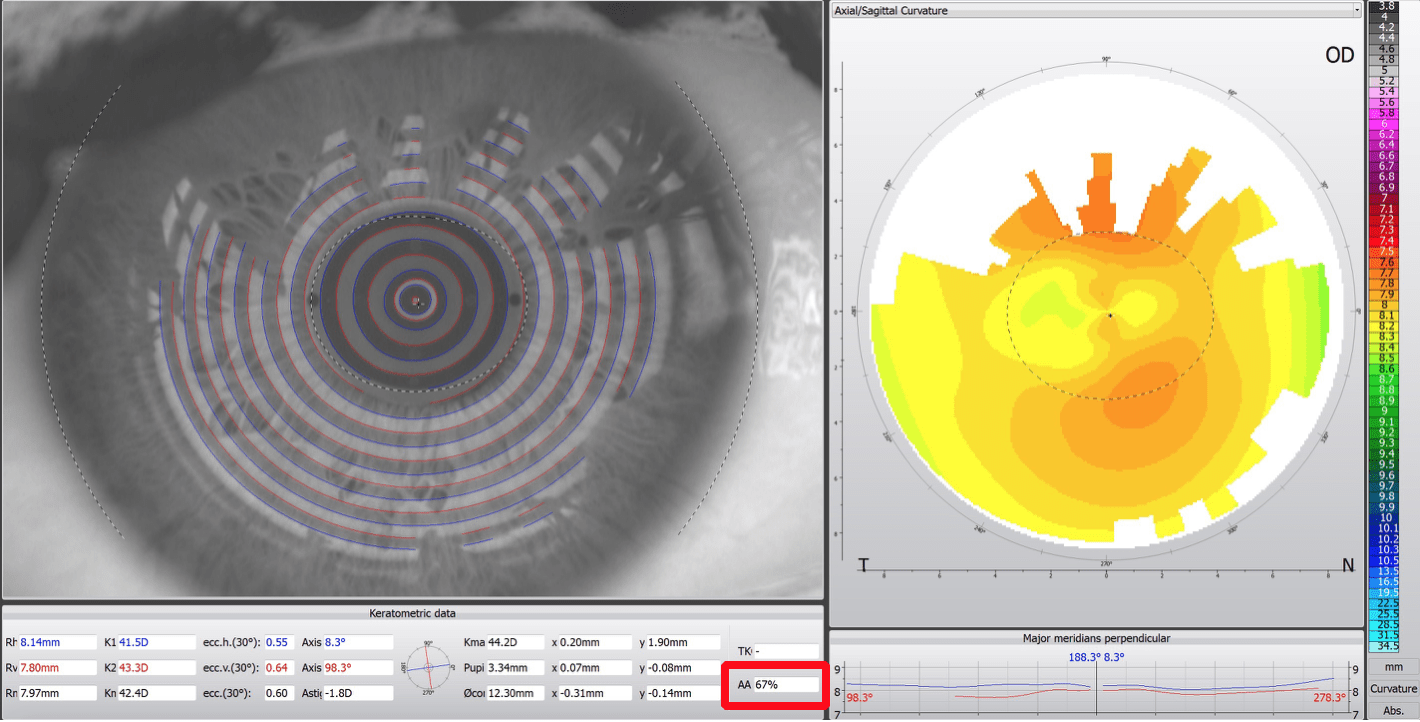 Tip: Monitor the Analysed Area (AA) percentage shown in the red block in the image above. The higher the percentage value, the more area of the cornea is captured. Any amount above 60% is considered good.

When dealing with deep-set eyes or prominent brows, ask the patient to move their chin more forward and pivot their head, so the nose points away from the cone. Pivoting the patient's head will ensure the small cone fits more evenly against the orbit of the eye. 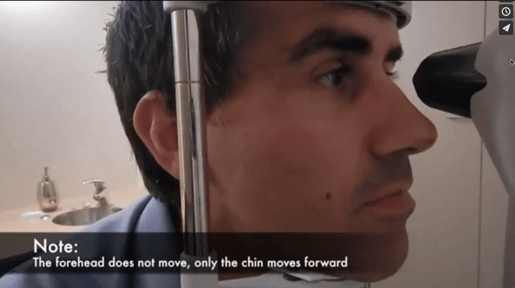 Take time and care to capture good topography maps; it is the cornerstone to achieving first lens fit success with EyeSpace. It might feel like a waste of time capturing multiple maps to find the right one, but the more accurate the corneal map, the less time you will need to troubleshoot the fit later on.

Charl graduated from the University of Johannesburg in 1996. He was the founder and director of a large independent specialty lens practice in Cape Town, South Africa, focussing on Orthokeratology, Myopia Control and the rehabilitation of the traumatised and irregular cornea using specialty lenses.

Charl is also a director of Innovatus Technology, a medical technologies company based in Australia which develops the EyeSpace software, manufacture technology, and lens designs for the use in specialty contact lens fitting.

He is a past director of the South African Optometric Association and has lectured internationally on the subject of specialty contact lenses.